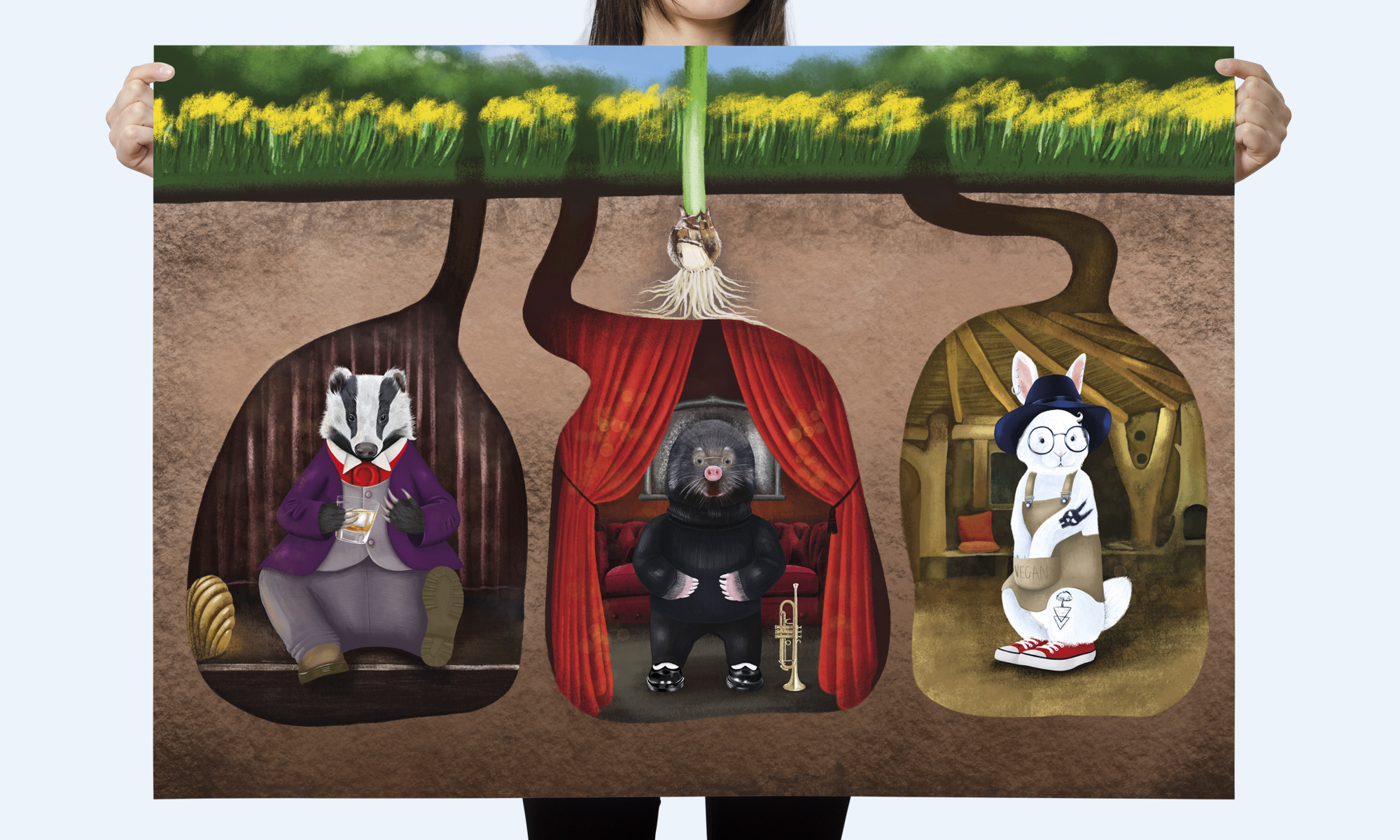 The QEII Centre is a leading large event centre in London. Located in Westminster, the QEII Centre offers world-class facilities for high profile conferences, conventions, exhibitions and corporate events. They host over 600 national and international events a year. I began working with them at GRIN, working largely on their Christmas campaigns. Since going freelance, I have collaborated with an old colleague who became an independent marketing strategist. Chris approached me to produce the illustrations for an event called Bloom, which took place in February 2019. Event professionals were welcomed into underground warrens of the evening’s three hosts, Mr Badger, Ms Rabbit and Specs. Mr Badger had an intimate theatre stage, Specs had a swinging jazz club and Ms Rabbit had a hipster cafe. The illustrations were used across leaflets, a bespoke website and t-shirts. They even inspired the design of the character costumes on the night!